For an Interaction Design class, we were assigned to improve on an existing mobile experience and rework its system structure. Almost immediately, the Rover app came to mind. I frequently used Rover as a dog sitter, and grew increasingly frustrated with its user experience over the years. The app was seemed to be designed with dog owners as the priority and dog sitters as an afterthought.

I mapped out a section of the user flow to highlight the clunky and unintuitive nature of its navigation structure. One of my biggest gripes with the app is the forced launch of the Rover mobile site when trying to modify sitter services. It also then prompts you to install the app within the mobile browser page that it has redirected the user to.

Majority of sitter features were hidden behind a single menu, and did not always have native app functionality which defeats the purpose of having an app. 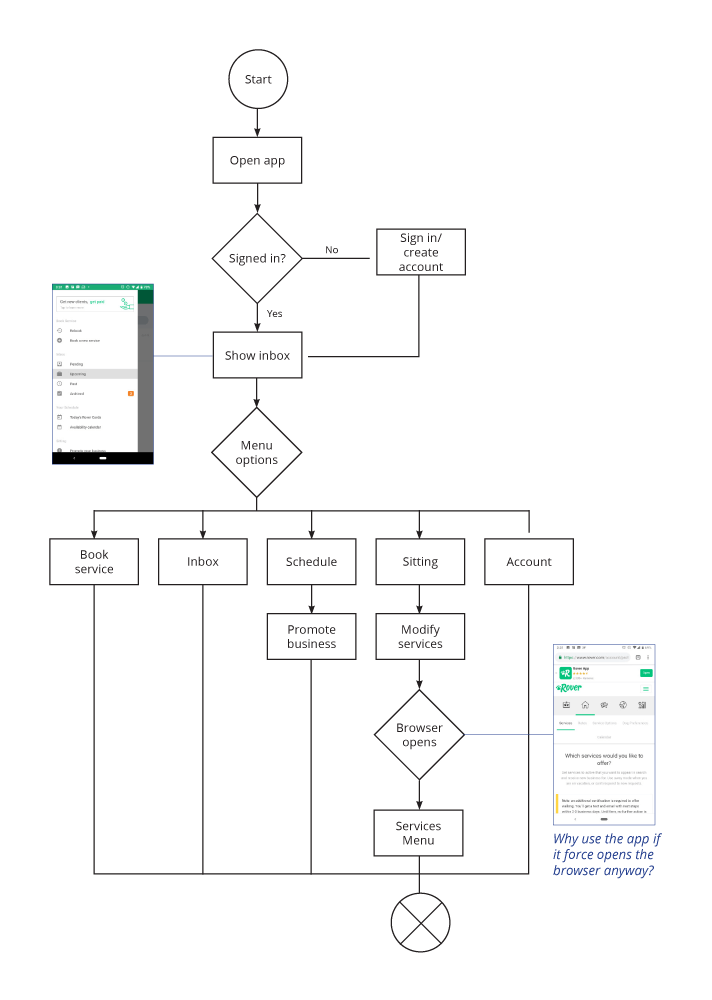 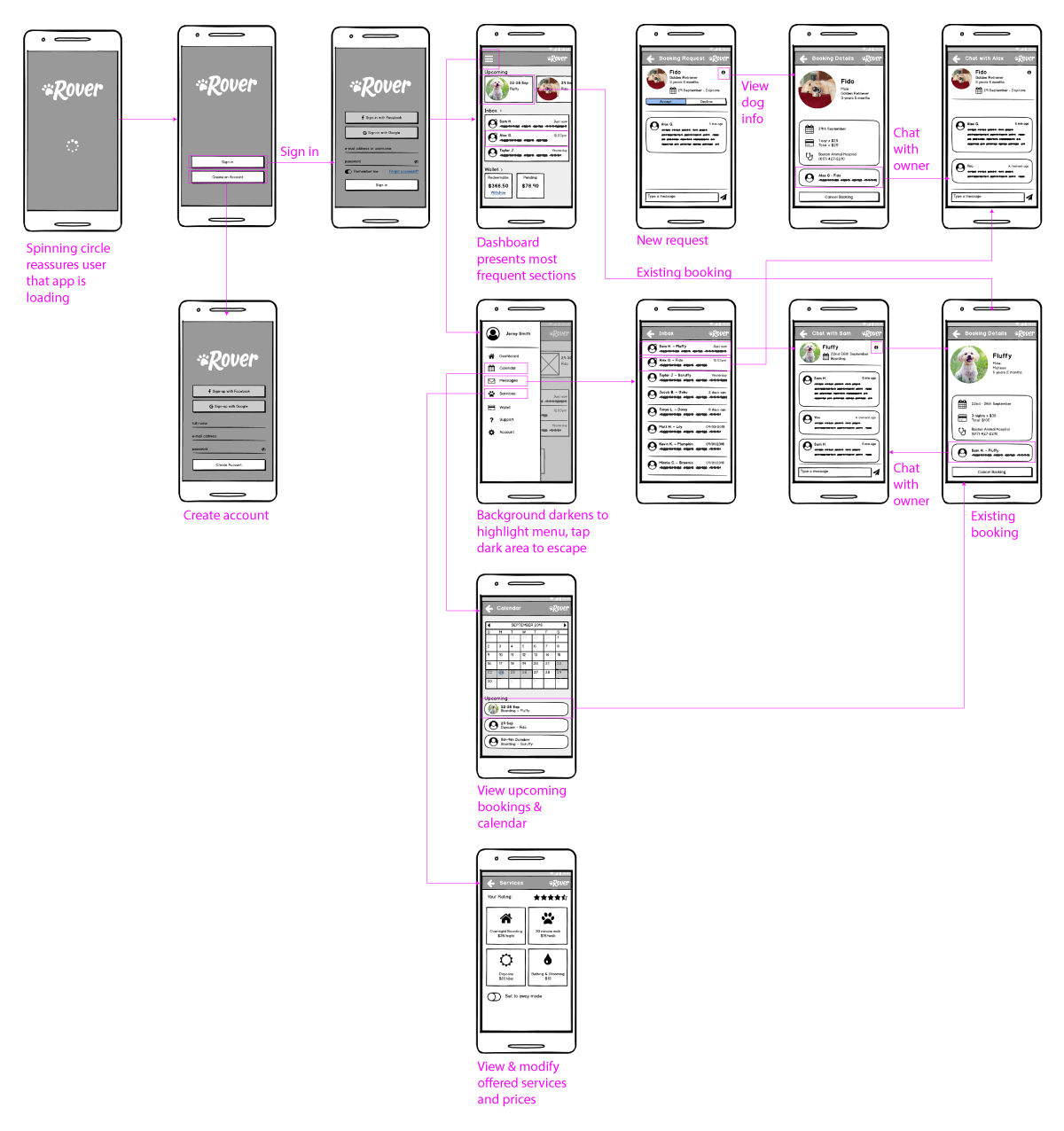 I focused specifically on the sitter user flow as opposed to the dog owner's, however the re-structure was designed with dual functionality in mind. I considered the option of having separate sitter and owner 'modes' or apps (similar to ride sharing apps) but wanted to keep the two integrated as there are users who are both owners and sitters.

The priorities were to re-organise data on multiple bookings, while making it easy to view information on individual dogs and their respective owners.

The original app displays the inbox upon initial app launch. From my personal experience as a Rover sitter, the main reasons that I open the Rover app were to:

I created a dashboard wireframe with the primary functions of displaying upcoming guest info, a truncated inbox area, and wallet information. Ideally the dashboard could be customised by the user according to their needs.

I also added a calendar wireframe that allows users to view their schedules at a glance with information on upcoming guests. 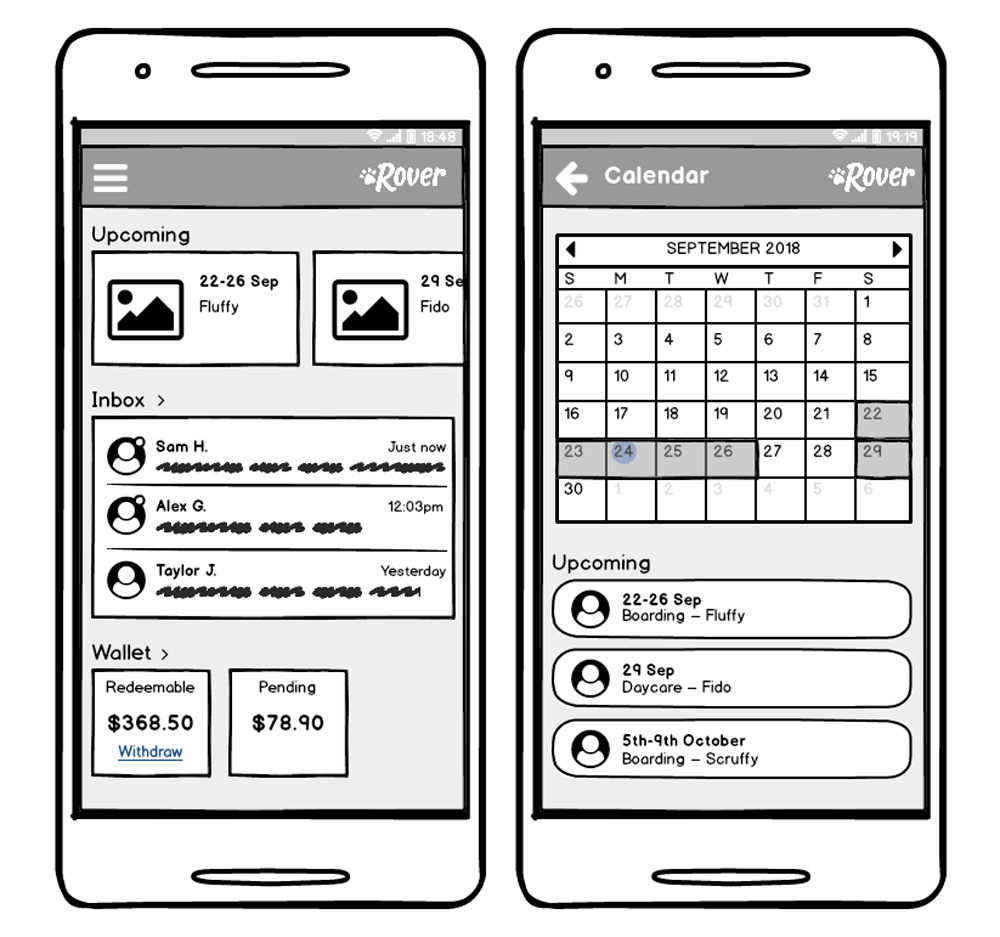 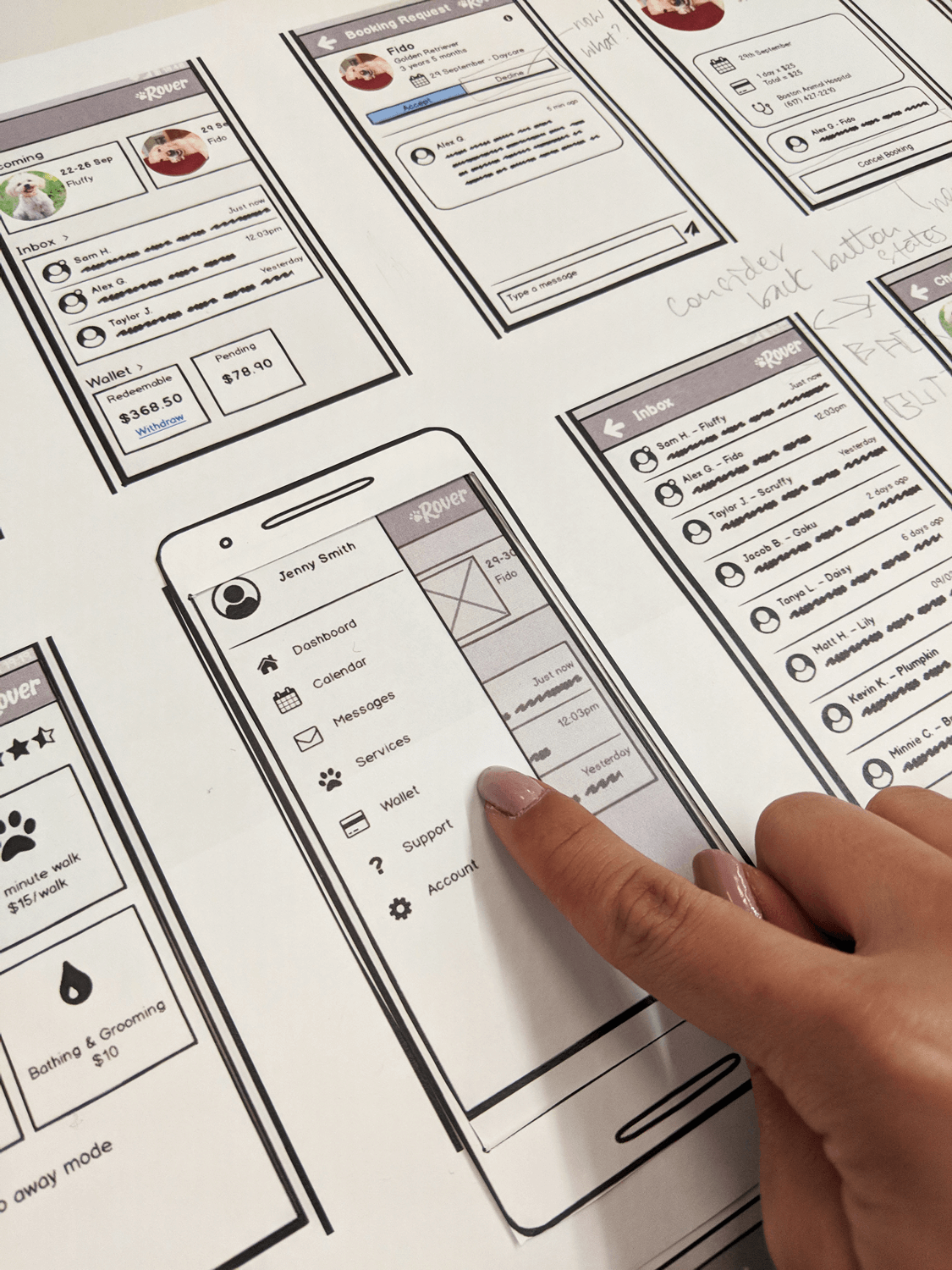 UX testing with a paper prototype

Lo-fi wireframes were used to create a paper prototype for early user testing. Having all screens visible to the user helped to start a dialogue on the screens in relation to each other, and why they were initially structured in that way. It is also incredibly helpful for me to directly annotate each screen when ironing out initial user flows.

I further explored the UI design and brought life to the new screen concepts while retaining the visual identity of Rover's brand. Eventually I was able to cull down the number of screens used in the original app, and created a more intuitive flow based on what a sitter is more likely to want from the app.